With the Dog Days of Summer upon us, we want to see your cutest pet photos! 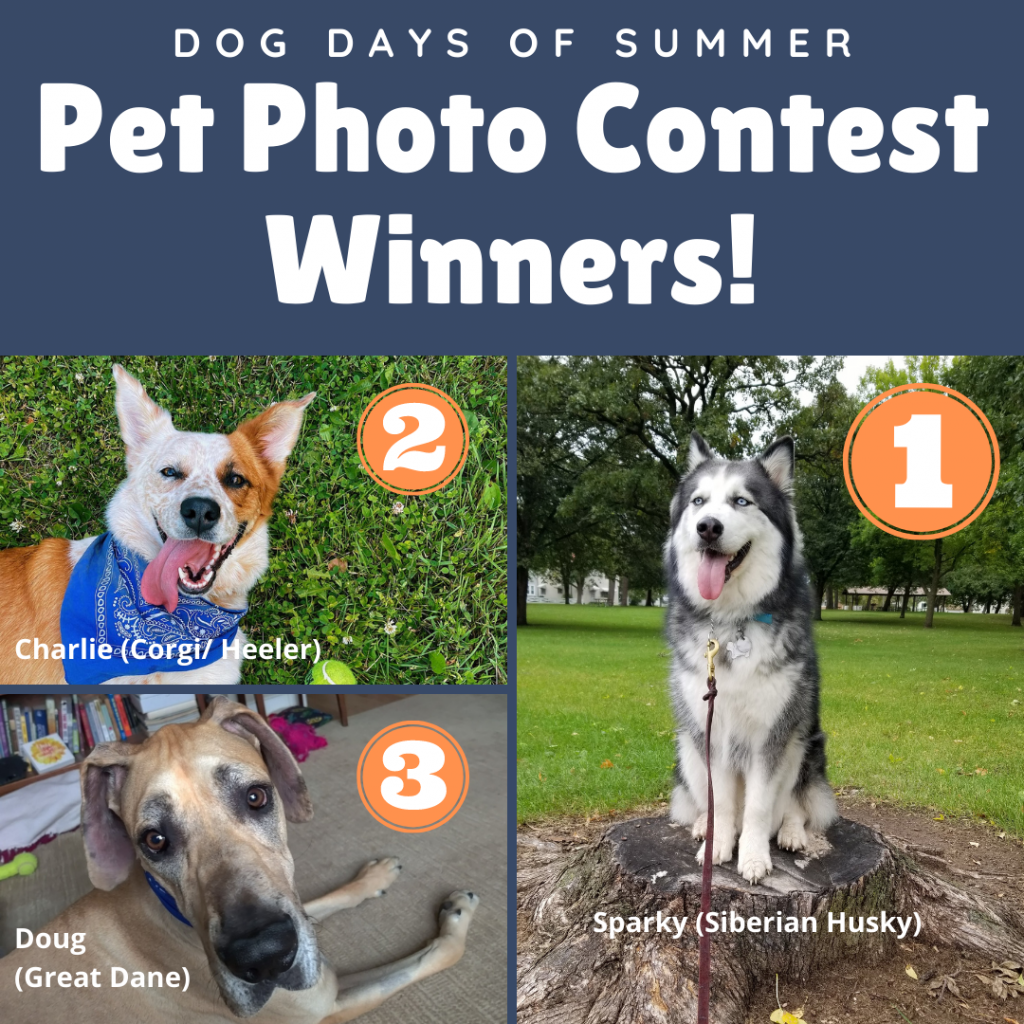 Photos that (a) contain sexually explicit, nude, obscene, violent or other objectionable or inappropriate content, as determined by WFCU in its sole discretion, (b) have won a photo contest of any kind, or (c) violate or infringe upon another person’s rights, will not be considered.

Each winner will be required to execute and return (and winning is conditioned upon a winner executing and returning) to WFCU, within ten (10) business days an Affidavit of Eligibility, Liability and Publicity Release, and executed consents of each person appearing in the winning photo or, if a minor, his or her parent or legal guardian.

.              Each entrant agrees to hold harmless and release WFCU from any injuries, losses or damages of any kind that may result from taking a photo intended to be submitted and from and against all claims of any nature arising from or in connection with entrant’s participation in the contest and acceptance, use, misuse or non-use of the prize. WFCU is not responsible for late, lost or misdirected entries, for technical, hardware or software malfunctions, lost or unavailable network connections, or failed, incorrect, inaccurate, incomplete, garbled or delayed electronic communications, whether caused by the sender or by any of the equipment or programming associated with or utilized in this Contest, or by any human error that may occur in the processing of entries. WFCU retains the right not to award the prize should no acceptable photos be received. WFCU reserves the right to cancel or terminate the Contest (or any portion thereof) if fraud, misconduct or technical failures, including computer virus, bug, or other technical problems, destroy or threaten to destroy the integrity of the Contest.

Give us your email address and we’ll keep you informed about important events at your Credit Union.